The Movement for Black Lives and Black Lives Matter, colloquially known as “BLM,” are Marxist organizations whose views are in fundamental opposition to the values that America was founded upon. (And no, I’m not talking about racism. I’m talking about individual liberty, free markets, and the Constitution.) How do I know this? Because I went through the unprecedented, incredibly difficult task of going to their websites and reading their platforms.

Among the many Marxist demands these BLM organizations are making include:

Many of these items are, of course, unquestionably Marxist and/or socialistic. Others are extremely progressive. Most are right in line with what the far left–regardless of race–has been demanding for many decades.

Not convinced yet? Consider a few statements from the founders of BLM (again, the organization, not the slogan).

In 2015, Black Lives Matter co-founder Patrisse Cullors put it rather bluntly when she said: “We are trained Marxists.”

Not to be outdone, that same year, co-founder Opal Tometi wrote the following after she visited Venezuelan dictator Nicholas Maduro, another self-proclaimed Marxist: “In these last 17 years, we have witnessed the Bolivarian Revolution champion participatory democracy and construct a fair, transparent election system recognized as among the best in the world … We have seen the most marginalized sectors of Venezuela transform into active citizens in collaboration with a government that has responded to their needs and aspirations.”

Or how about this BLM statement, “Lessons from Fidel: Black Lives Matter and the Transition of El Comandante.” In it, BLM writes, “We are feeling many things as we awaken to a world without Fidel Castro. There is an overwhelming sense of loss, complicated by fear and anxiety. Although no leader is without their flaws, we must push back against the rhetoric of the right and come to the defense of El Comandante.”

The statement continues, “Revolution is continuous and is won first in the hearts and minds of the people and is continually shaped and reshaped by the collective. No single revolutionary ever wins or even begins the revolution. The revolution begins only when the whole is fully bought in and committed to it. And it is never over.”

And then there is this whopper, “Revolution is rooted in the recognition that there are certain fundamentals to which every being has a right, just by virtue of one’s birth: healthy food, clean water, decent housing, safe communities, quality healthcare, mental health services, free and quality education, community spaces, art, democratic engagement, regular vacations, sports, and places for spiritual expression are not questions of resources, but questions of political will and they are requirements of any humane society.”

BLM’s statement concludes, “With Fidel’s passing there is one more lesson that stands paramount: when we are rooted in collective vision when we bind ourselves together around quests for infinite freedom of the body and the soul, we will be victorious. As Fidel ascends to the realm of the ancestors, we summon his guidance, strength, and power as we recommit ourselves to the struggle for universal freedom. Fidel Vive!”

The scariest part about BLM is how quickly it has been accepted in the wake of the death of George Floyd. BLM is flush with cash from corporations and left-wing donors. In many communities, BLM’s Marxist message, violent rioting, wanton looting, and racial division has been bought hook, line, and sinker. Some polls show a majority of Americans support the movement, almost certainly because they sympathize with the slogan and know nothing about the organization.

I understand and sympathize with people who feel upset about police brutality–in the rare instances that it occurs–and those concerned about racism, but the most powerful BLM organizations are not primarily interested in racial harmony, but rather achieving socialist goals, including the destruction of the current economic system.

In the late 1960s and early 1970s, far-left groups such as the Weather Underground engaged in similar activities. However, back then, these groups were seen as fringe and radical, not mainstream. They didn’t have the same level of support from the media and other influential people.

Perhaps, the current leaders of BLM learned form the mistakes of past Marxist movements. After all, many of them are disciples of Weather Underground’s notorious leaders, such as Eric Mann, Bill Ayers, and Susan Rosenberg, who happens to sit on the Board of Directors of Thousand Currents, which “handles Black Lives Matter’s administrative and back-end work so the racial group can focus on its activism, protests, and riots.”

If you thought the violence and social upheaval of the 1960s and 1970s was a thing of the past, think again. BLM is the 21st century reincarnation of groups like the Weather Underground.

Let’s hope the current iteration of the Marxist movement, under the BLM banner, disappears just as the Weather Underground did by the end of the 1970s. 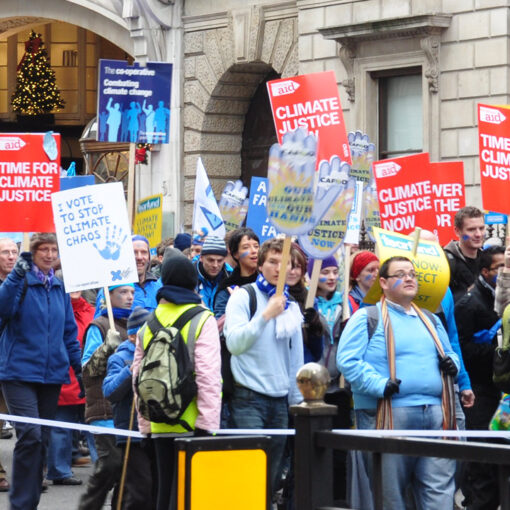 Some of the world’s most influential bankers, business leaders, and politicians will gather on June 3 to discuss how they can use […]