All Students Should Visit Victims of Communism Museum in Washington, DC

When I was in eighth grade, one of the things I remember most during my class trip to Washington, DC was our visit to the then-newly opened United States Holocaust Memorial Museum.

Why? Because unlike almost all the other museums and monuments we visited during our trip (most of which I thoroughly enjoyed), the Holocaust Memorial Museum provided a stark and lasting realization of how incredibly evil humanity can become when a people embrace socialist ideology. Yes, for those who need a reminder, Nazism stands for national socialism.

Since that trip to our nation’s capital, a strange thing has occurred. Socialism and communism, once viewed as an ideology on par with Nazism in terms of its wickedness and depravity, is now viewed quite differently among most of the nation’s youth. In fact, according to several recent polls, a majority of young Americans now have a favorable view of socialism.

Although the reasons for today’s youth embracing socialism and communism far more than any previous American generation is a complicated topic with many factors, one of the primary reasons they have come to hold this distorted perspective is simply because they have not been taught the truth when it comes to socialism’s sordid history and sinister nature.

Trust me, as a former public high-school history teacher, I’ve witnessed the white-washing, historical revisionism, and outright lies many of my colleagues engaged in when it came to teaching about socialism.

Fortunately, a new museum has opened in Washington, DC that serves as a one-stop-shop for those seeking an education in the horrors of communism. Almost 30 years in the making, the newly opened Victims of Communism Museum offers a unique perspective into the dark side of communism by highlighting the sheer suffering and death it has wreaked upon masses of innocent victims.

The museum accomplishes this monumental task by focusing on four specific topics regarding communism.

In Gallery I, the Rise of Communism, the museum provides visitors with a “visceral first encounter with the violent revolutions born in Russia that swept across Europe starting with Lenin’s Bolshevik Revolution.” Counter to what most students have been taught, communism has been forced upon billions of people via violence and coercion. It has not been their choice.

In Gallery II, Stalin’s Terror, visitors come “face to face with the heroes that fought against Communist oppression as well as the victims of its crimes” and learn “the truths concerning the irreversible effects of the Communist ideology, warn against repeating history, and remember the deadly crimes of Communism.” This is vital for today’s youth, who have been taught that communism is a utopian ideology that simply has not been implemented properly yet. In reality, communism and socialism are morally bankrupt, have left billions impoverished, and caused the deaths of at least 100 million people.

Gallery III, Miracles and Tears, “presents the arduous struggle for freedom by those who led the resistance and kept the flame of liberty alive. Visitors will meet Aleksander Solzhenitsyn, Andrei Sakharov, Armando Valladares, Wei Jingsheng, and Václav Havel.” It also documents the “disastrous escalation of Communism and how it spread throughout Asia, Africa, and Latin America.” It is essential for students to understand that communism does not align with human nature, which is why so many have dedicated their lives to fighting against it. Communism represents the antithesis of freedom, which is what the vast majority of people yearn for.

The overall mission of the new museum is simple: “Together, let us commemorate the more than 100 million victims and the more than 1.5 billion still oppressed under Communism around the world today.”

I hope every single visitor to this new museum takes this message to heart. And, most importantly, I hope every visitor who enters the museum with an ambivalent or positive view of communism has a change of heart after they see the abject horror, brutality, and death that communism has wrought upon the world.

This op-ed was originally published in The Epoch Times.

Infective Maltruism: From SBF to ZuckBucks, California Is at the Forefront of Selfish Charity Gallery

Infective Maltruism: From SBF to ZuckBucks, California Is at the Forefront of Selfish Charity 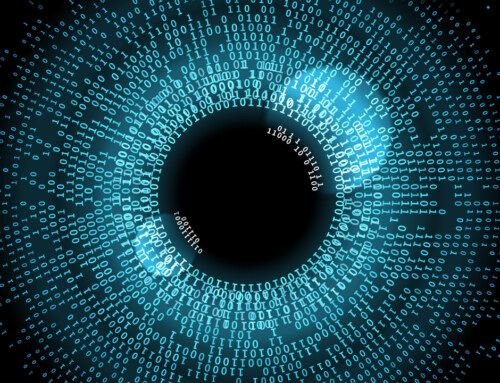 Jack McPherrin: The Greatest Threat to Americans’ Freedom, Rights, and Security Comes from Within Gallery

Jack McPherrin: The Greatest Threat to Americans’ Freedom, Rights, and Security Comes from Within