Before Joe Biden became the presidential pick for the Democratic Party in the 2020 election, many of his opponents weighed in on whether they think the Electoral College should be replaced with a national popular vote in future presidential contests.

Here is a small sample of some of their responses:

Sen. Corey Booker (D-NJ): “I believe very simply that, in presidential elections, the person with the most votes should be the president of the United States.”

Sen. Elizabeth Warren (D-MA): “Every vote matters — and that’s why I have called for an end to the Electoral College in favor of the national popular vote movement.”

Pete Buttigieg: “We need a national popular vote. It would be reassuring from the perspective of believing that we’re a democracy.”

Sen. Bernie Sanders (I-VT): “I believe that it is hard to defend the current system in which one candidate receives 3 million votes less than his opponent, but still becomes president … I believe that we need to reexamine the concept of the Electoral College.”

Sen. Kamala Harris (D-CA): “I’m open to the discussion … I mean, there’s no question that the popular vote has been diminished in terms of making the final decision about who’s the president of the United States and we need to deal with that.”

If several sitting senators and a key Biden surrogate (Buttigieg) wanting to abolish the Electoral College is not enough to inspire fear among those Americans who understand the value of the system that we’ve used to elect every president in American history, consider this ominous fact: 89 percent of Democrats agree with ending the Electoral College.

According to Sen. Lindsey Graham (R-SC), “The desire to abolish the Electoral College is driven by the idea Democrats want rural America to go away politically.”

In general, Graham is right. The Electoral College gives more weight to rural voters and smaller states, which is one of the many reasons the Founding Fathers included it as the mechanism to choose the president. The Founding Fathers understood that if a national popular vote were enacted, a president could solicit support from only the highest-populated parts of the country and still win the election.

Most Americans who support the national popular vote system don’t understand just how big of a problem this could be. In 2016, about three out of every 10 votes cast occurred in just seven states: California, Illinois, Massachusetts, New Jersey, New York, Virginia, and the State of Washington. A candidate who has extremely high levels of support in these seven states would only need minimal support in the remaining 43 states to win a national popular vote, making voters in much of the country totally irrelevant.

Writing for National Review, Dan McLaughlin explains how out of control this issue could become, if a popular vote were to become the way in which national presidential elections are decided: “Picture a two-candidate election with 2016’s turnout. The Republican wins 54 percent of the vote in 48 states, losing only California, New York, and D.C. That’s a landslide victory, right? But then imagine that the Republican nominee who managed this feat was so unpopular in California, New York, and D.C. that he or she loses all three by a 75 percent–to–25 percent margin. That 451–87 landslide in the Electoral College, built on eight-point wins in 48 states, would also be a popular-vote defeat, with 50.7 percent of the vote for the Democrat to 49.3 percent for the Republican.”

As McLaughlin’s illustration shows, a national popular vote system would make higher-populated states so much more important to presidential elections than every other state, there would be no reason for sitting presidents or their challengers to consider the interests of these more rural communities.

Some might attempt to argue that these fears are overblown because candidates typically do not have this high level of support in even the most partisan of states. However, this argument is riddled with serious problems, the most important of which being that changing the Electoral College to a national vote model would dramatically alter existing political strategies. Over time, ideological changes would surely follow, as candidates promise the world to the urban communities they believe are most likely to help them capture the election.

In other words, just because many states have relatively balanced political compositions today, under the Electoral College, does not mean that trend would continue under a completely different election system. There’s simply no doubt about it: If America adopts a national vote model, smaller states and rural communities will be completely ignored in favor of more populated suburbs and cities.

In addition to providing more power to rural parts of the country and smaller states, the Electoral College, despite many misconceptions, also ensures that the United States does not devolve into a mobocracy. This sentiment was eloquently stated by Alexander Hamilton in many of his post-Constitutional Convention writings.

As Hamilton penned in Federalist 68, “The choice of SEVERAL, to form an intermediate body of electors, will be much less apt to convulse the community with any extraordinary or violent movements, than the choice of ONE who was himself to be the final object of the public wishes. And as the electors, chosen in each State, are to assemble and vote in the State in which they are chosen, this detached and divided situation will expose them much less to heats and ferments, which might be communicated from them to the people, than if they were all to be convened at one time, in one place.”

Although most electors today are bound to state popular vote totals, the Electoral College allows states to easily revise its rules so that electors have more power to choose to reject tyrannical candidates for office. This might seem like an outdated fear to some, but it shouldn’t. Throughout the history of Europe, numerous dictators have risen to power through democratic elections or on a wave of popular support from the masses. The Electoral College is meant to act as a last defense against these movements.

There are clearly good reasons to maintain the Electoral College, regardless of your political leanings. That’s why it has been in place for all of America’s history. Why, then, are Democrats so eager to remove it now? Pure political greed–nothing more, nothing less.

The Electoral College is essential for maintaining the future of America and ensuring that smaller states and rural communities continue to have a voice. We should do everything in our power to ensure it continues for generations to come. 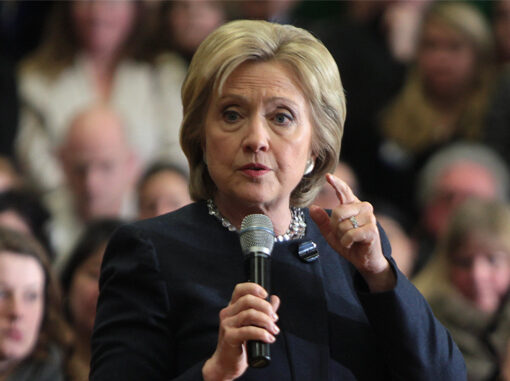 In this segment of Stopping Socialism TV, Justin Haskins and Donald Kendal react to and discuss recent comments made by failed presidential candidate Hillary Clinton and Speaker of the House Nancy Pelosi. 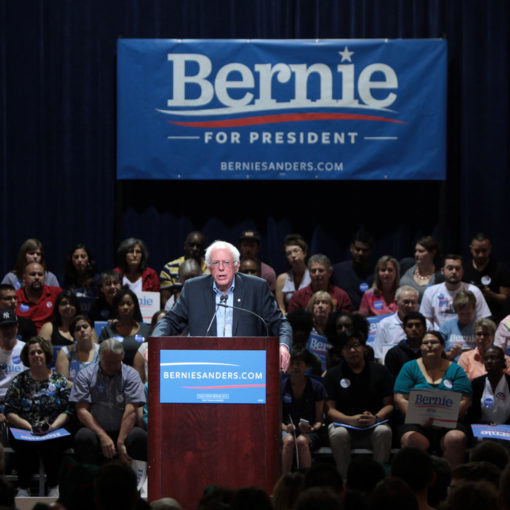