Skip to content
Home » The Evidence Is Clear: America Is Headed for a Voter-Fraud Nightmare in November

In less than one month, Americans will head to the polls — or, in many cases, to their mailboxes — to cast their vote for local, state and federal officials, in what is likely to be remembered as one of the country’s most consequential elections.

Control of Congress and the White House is at stake, and it is almost certain the future of the country will be radically altered by the decision made by voters in November.

In the wake of a global pandemic, the economic fallout from government-imposed shutdowns and widespread civil unrest, the absolute last thing America needs is confusion and uncertainty following an important election, and yet, that is exactly where the United States is heading — and government officials know it.

The source of the chaos to come is not a secret. States across the country, including every swing state, have dramatically expanded eligibility for mail-in balloting to include just about everyone registered to vote.

Permitting widespread mail-in balloting is exceptionally foolish for a number of reasons, but the most important is that voter fraud is extremely likely to increase in places that allow all people to vote using an absentee ballot.

Contrary to what you might hear from politicians and pundits demanding these reckless rules, it is not difficult to commit voter fraud using a mail-in ballot. In many places, such as Michigan, an important swing state, all that’s needed to request a mail-in ballot is a name, address and signature.

In states with stricter rules, such as North Carolina, a voter’s Social Security number or driver’s license number is often also required.

Equifax also lost control of more than 17 million driver’s license numbers and 99 million addresses, and the data of millions of more Americans are accessed by hackers every single year.

Put in the wrong hands, this information could be used to cast illegal votes — potentially millions of them.

But Americans shouldn’t worry about data breaches and the ease of obtaining mail-in ballots, we’re told, because states generally require the signatures kept on file to match the signature accompanying a ballot returned to election officials. If a signature doesn’t match, then ballots can be thrown out.

This important requirement should not comfort voters. Determining whether a signature scribbled on the back of a ballot return envelop matches the signature provided to state officials much earlier in time — in some cases, many years prior — opens the door to massive problems that could undermine voters’ confidence in an election’s results.

If a state puts strict policies in place that allow officials to toss out ballots that do not perfectly match a voter’s registration signature, it’s more likely that state will accept fewer illegally submitted ballots. But it is also much more likely those state officials will end up throwing out many valid votes in the process.

In New York City, more than 20 percent of all mail-in ballots cast during the state’s primaries held earlier in 2020 were rejected by election officials.

Conversely, a state with lax signature requirements is unlikely to dismiss a large number of valid votes, but it will almost certainly fail to catch numerous fraudulent ballots in the process.

Either way, the results of the election will likely be called into question, especially in close races.

Perhaps most importantly, the signature requirement does nothing to stop what could end up being the most common type of voter fraud: mail-in ballots cast by family members. For example, a voter whose spouse rarely or never votes would have no trouble obtaining and using an absentee ballot in most states in his or her spouse’s name — with or without the spouse’s knowledge.

Regardless of what happens on Election Day, it’s almost certain many of the candidates who lose their races — not just presidential and congressional races — will claim voter fraud, lost ballots or election board decisions to toss ballots out is the primary reason they didn’t emerge victorious, setting the stage for a post-election crisis that’s unlike anything the United States has ever experienced.

If you think the rioting, looting and violence Americans experienced over the summer is as bad as it can get, just wait until Joe Biden and Donald Trump are in the midst of a months-long legal battle over the validity of the November election, and mainstream media reports are breathlessly accusing President Trump of trying to “steal” the election.

Never before has America’s political class so willingly and eagerly marched the country toward predictable and preventable chaos. Mail-in balloting is, in fact, not a truly secure way of holding an election. Even if large-scale fraud does not occur, the perception will be that it did, and that should have been enough for politicians concerned about voters’ faith in the election process to enact policies that would have encouraged in-person balloting, a much safer route.

Unfortunately, that did not occur, so unless it’s a total blowout on Election Day, it seems inevitable the country is on the road to disaster. When we get there, Americans should know who to blame.

PHOTO: “I voted sticker” is commonly given to voters across the U.S. after they cast their ballots. (Wikimedia Commons). Photo provided by GPA Photo Archive and is in the public domain. 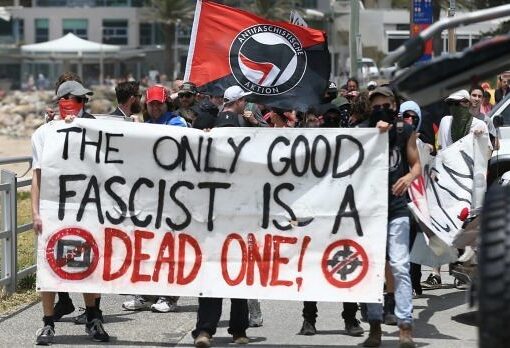 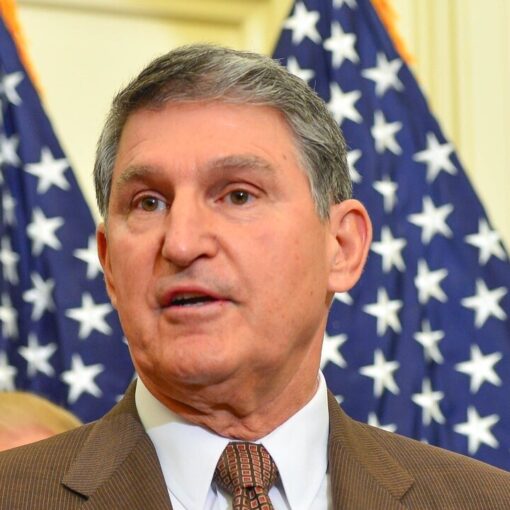 The saying, “One man with courage makes a majority” has been attributed by historians to different sources. But regardless of who said […] 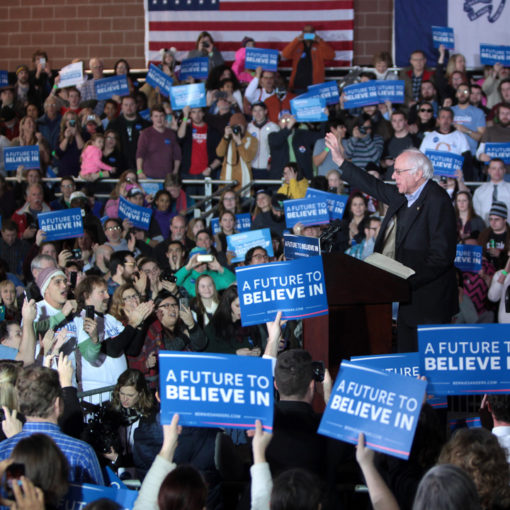