Justice Ruth Bader Ginsburg, a champion of equal justice under the law who became only the second woman (and the first Jewish woman) to serve on the Supreme Court, died Friday after a long battle with cancer. She was 87.

During her 27 years on the Supreme Court, Ginsburg became a liberal cultural icon who was dubbed the “Notorious RBG” as if she were a rap star. Her early life inspired a movie released in late 2018.

The movie came during a year when Ginsburg had to frequently take time off from the court for health reasons, but regularly returned.

“I think people of all ages are excited to see a woman in public life who has shown that, even at the age of 85, she can be unflinching in her commitment to equality and justice,” Irin Carmon, co-author of “Notorious RBG: The Life and Times of Ruth Bader Ginsburg,” told the BBC in December 2018.

The left is actively working to undermine the integrity of our elections. Read the plan to stop them now. Learn more now >>

“We don’t have enough figures like her,” Carmon said. “Each time she’s returned with just as much determination and resilience. She has been at this work for at least a half-century, and she’s not done yet.”

“She led an amazing life,” President Donald Trump told reporters when he learned of Ginsburg’s death from them after making a speech Friday night in Bemidji, Minnesota. “What else can you say? Whether you agreed or not, she was an amazing woman who led an amazing life.”

The president, who has appointed two Supreme Court justices in his first term, had taken the stage less than 10 minutes before news of Ginsburg’s death broke.

President Bill Clinton announced on June 14, 1993, that he had picked Ginsburg—then a judge on the U.S. Court of Appeals for the District of Columbia—as his first nominee to the Supreme Court, replacing retiring liberal Justice Byron White.

“Ruth Bader Ginsburg cannot be called a liberal or a conservative,” Clinton said at the time. “She has proved herself too thoughtful for such labels.”

The Senate seemed to agree. In what would seem impossible today, senators confirmed Ginsburg by a 96-3 vote that August.

Ginsburg, born March 15, 1933 in Brooklyn, would go on to be considered a leader of the liberal wing of the Supreme Court. At the same time, she was known for her affectionate friendship and mutual respect with conservative Justice Antonin Scalia, who died in February 2016.

One of her better-known majority opinions came in 1996 in United States v. Virginia, in which Ginsburg wrote that the male-only admission policy at Virginia Military Institute violated the Equal Protection Clause of the 14th Amendment to the Constitution.

Carrie Severino, president of the Judicial Crisis Network, a conservative legal group, noted that Ginsburg also condemned the conduct by some senators during the fierce Senate confirmation fight over Justice Brett Kavanaugh in 2018.

She referred to Ginsburg’s comment of the Kavanaugh confirmation battle: “I wish I could wave a magic wand and make it go back to the way it was.”

“Justice Ruth Bader Ginsburg was a trailblazer who dedicated her life to public service. Her intelligence, hard work, and commitment brought her to the pinnacle of her profession,” Severino tweeted, adding: “Following the Kavanaugh confirmation where liberal activists made a circus of the hearings, Ginsburg was critical of how contentious the confirmation process had become.”

Ginsburg’s record of advocating the equality of the sexes inspired the movie “On the Basis of Sex,” in which Felicity Jones portrays Ginsburg as a law student and lawyer before she became a judge.

The movie looks at her personal life and how she helped her husband’s struggles with cancer.

The film also delves into what turned out to be a landmark discrimination case in 1972.

Though a strong advocate for abortion rights as a lawyer and on the federal bench, Ginsburg questioned the Supreme Court’s 1973 decision in Roe v. Wade, which legalized abortion across the nation—something that previously was a matter for states to decide.

On legal grounds, Ginsburg said the ruling was too sweeping and should have invalidated only the Texas statute being challenged. She said the question should have been one of gender equality that would have evolved—rather than a broad right to privacy.

“Roe seemed to have stopped the momentum,” Ginsburg said in 2013 at a University of Chicago School of Law symposium called “Roe v. Wade at 40.”

“It mattered that Roe went as far as it did,” she said.

Referring to the annual March for Life in the nation’s capital, Ginsburg added:

Roe became a symbol for the right to life movement. They have an annual parade now every year on the day in January when it was decided. … The [abortion] cases now are all about restrictions on abortion, and not about the rights of women.

In December 1992, before joining the high court, Ginsburg said in a lecture at New York University:

Suppose the [Supreme] Court had stopped there, rightly declaring unconstitutional the most extreme brand of law in the nation, and had not gone on, as the court did in Roe, to fashion a regime blanketing the subject, a set of rules that displaced virtually every state law then in force. Would there have been the 20-year controversy we have witnessed?

However, Ginsburg reliably voted against the constitutionality of state and federal laws restricting abortion.

In a 2009 interview with The New York Times, Ginsburg seemed to indicate that her initial impression of the Roe decision was the abortion on demand would reduce unwanted populations.

She said a 1980 Supreme Court ruling upholding a federal prohibition on funding abortion with tax dollars surprised her.

“Yes, the ruling about that surprised me,” she said of the decision in Harris v. McRae upholding the Hyde Amendment, which prohibits use of Medicaid funds for most abortions, adding:

Frankly, I had thought that at the time Roe was decided, there was concern about population growth and particularly growth in populations that we don’t want to have too many of. So that Roe was going to be then set up for Medicaid funding for abortion.

Which some people felt would risk coercing women into having abortions when they didn’t really want them.

But when the court decided McRae, the case came out the other way. And then I realized that my perception of it had been altogether wrong.

Ginsburg stirred controversy as a justice when, during a 2012 visit to Egypt, she suggested that the U.S. Constitution—which every justice is sworn to uphold—was not a good model for a new government.

“I would not look to the U.S. Constitution, if I were drafting a constitution in the year 2012,” Ginsburg said in an interview for  Egyptian TV. “I might look at the constitution of South Africa. That was a deliberate attempt to have a fundamental instrument of government that embraced basic human rights, have an independent judiciary. It really is, I think, a great piece of work that was done.”

Ginsburg delved into the political realm in a June 2016 interview in The New York Times, when she said she “can’t imagine” then-candidate Donald Trump becoming president in the upcoming election because he “has no consistency about him.” She asked: “How has he gotten away with not turning over his tax returns?”

She not surprisingly walked back the comments in a written statement.

“On reflection, my recent remarks in response to press inquiries were ill-advised and I regret making them,” Ginsburg said in the statement. “Judges should avoid commenting on a candidate for public office. In the future I will be more circumspect.”

Ginsburg, a graduate of Columbia Law School, was a longtime lawyer for the liberal American Civil Liberties Union.

In 1977, Ginsburg was co-author of a 230-page report titled “Sex Bias in the U.S. Code,” which was paid for by the U.S. Civil Rights Commission.

The report’s multiple controversial proposals included integrating prisons that separated inmates based on gender; raising questions about the exclusivity of the Boy Scouts and Girl Scouts; challenging laws prohibiting prostitution; and questioning the celebration of Mother’s Day and Father’s Day on separate dates.

In 1980, President Jimmy Carter named Ginsburg to the D.C. Circuit, where she served until Clinton tapped her for the high court in 1993.

“Many admirers of her work say that she is to the women’s movement what former Supreme Court Justice Thurgood Marshall was to the movement for the rights of African Americans,” Clinton said in announcing his nomination of Ginsburg. “I can think of no greater compliment to bestow on an American lawyer.”

Though she would go on to be a staunch liberal, at the time Ginsburg was considered a consensus candidate.

This article was originally published by the Daily Signal here. Re-posted with permission from the publisher.

AUTHOR: Fred Lucas (@FredLucasWH) is chief national affairs correspondent for The Daily Signal and co-host of “The Right Side of History” podcast. Lucas is also the author of “Abuse of Power: Inside The Three-Year Campaign to Impeach Donald Trump.” Send an email to Fred.

The Daily Signal provides policy and political news as well as conservative commentary and policy analysis—in a fresh, visually rich, readable format for your desktop, tablet or phone. Read more of their work at https://www.dailysignal.com 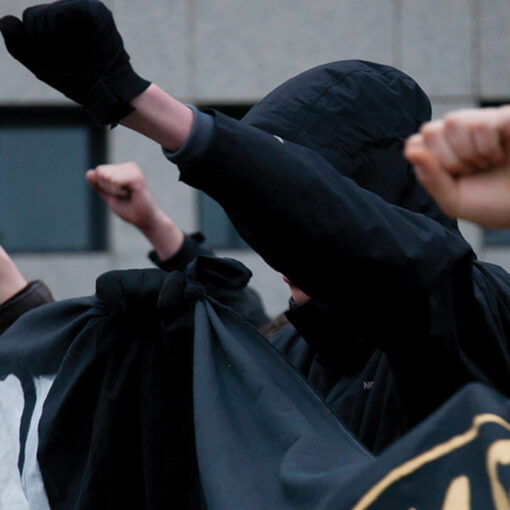