The Nordic nations that are commonly celebrated as socialist utopias are neither socialist nor utopias. In fact, as a new Policy Brief by The Heartland Institute details (titled “Debunking the Scandinavian Socialism Myth: An Evaluation of Denmark, Norway, and Sweden”), these three countries have mostly free-market economies.

In recent decades, all three of these countries have actually abandoned some of their failed experiments with socialistic policies in favor of reduced regulations, less-comprehensive welfare programs, and several other free-market reforms. 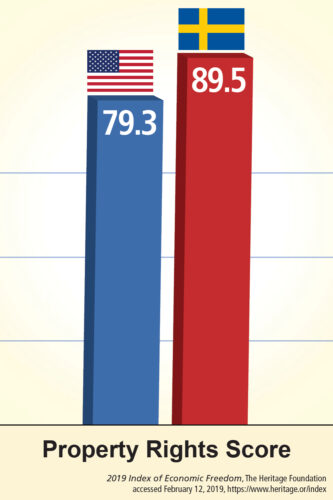 Today, Denmark, Norway, and Sweden are, in many ways, freer than citizens in the United States. Despite talking points spouted by the far Left, the Nordic nations do not have federal minimum wages, job guarantees, or many of the cradle-to-grave entitlement programs progressives and socialists are constantly calling for. On the other hand, these countries do have business-friendly regulatory environments and competitive corporate tax rates—the antithesis of what would exist in a truly socialist economy.