WATCH: Socialism or Religious Liberty? You Can’t Have Both

The following video displays a speech by StoppingSocialism.com’s editor-in-chief Justin Haskins. He delivered these remarks on July 12, 2019, at the Western Conservative Summit, which is routinely one of the largest conservative conferences outside of Washington, D.C.

The text appearing below the video is a rough transcript/notes from Justin’s presentation.

Socialism or Religious Liberty? You Can’t Have Both

Good Afternoon, before I get started, I just want to note that if you’re interested in the topic of this speech, or socialism in general, The Heartland Institute is hosting a presentation about socialism in room 505 at 3:30 pm. We’d love to have you stop by.

Here’s something most Americans never thought was possible just a few decades ago: Socialism is on the rise in America.

A 2019 Harry Stevens/Axios poll found 61 percent of Americans aged 18–24 said they have a positive view of socialism.

In light of these survey results, it’s fair to say that it’s not only true that socialism is on the rise in the United States, it’s equally true to suggest that support for capitalism amongst young people is in a death spiral.

These figures shouldn’t just worry you or concern you or make you feel a little anxious about our future—they should terrify you.

More than 167 million people have been killed, exiled, or imprisoned by socialist and communist parties over just the past century alone.

Let’s just stop for a second and think about what that really means. 167 million people.

It’s easy when you hear figures like that to lose focus of what that really means. Here are a couple of comparisons to help put that into perspective.

About 72,000 Americans died from drug overdoses in 2017. At that rate, which is historically high for the United States, it would take more than 2,000 years for drug overdoses, including from opioids, to match the destruction caused by socialism and communism.

Even more stunning, it would take 56,000 terrorist attacks as deadly as the tragic attack by radical Islamic terrorists on September 11, 2001, to match the misery caused by socialists and communists.

Now, if a socialist were here — and I seriously doubt there are any socialists in this audience — the socialist would say, “This is all just wild fear-mongering. We aren’t that kind of socialist. We’re democratic socialists. You make us sound like we’re all jack-boot-wearing Nazis, but all we want to do is help the poor. We support democracy, not authoritarianism, and democracy is always good, right?”

Actually, no. Democracy is not always good. Just ask African-Americans living in the South in the 1800s whether they thought democracy worked for them.

A great quote often attributed to Ben Franklin is “Democracy is two wolves and a lamb voting on what to have for lunch.”

In 1814, John Adams wrote, “Remember Democracy never lasts long. It soon wastes, exhausts, and murders itself. There never was a Democracy yet that did not commit suicide,” also saying, “It is in vain to Say that Democracy is less vain, less proud, less selfish, less ambitious or less avaricious than Aristocracy or Monarchy. … Those Passions are the same in all Men under all forms of Simple Government, and when unchecked, produce the same Effects of Fraud, Violence, and Cruelty.”

The Founding Fathers understood that the kind of national democracy demanded by socialists is extremely dangerous, which is precisely why they included so many important individual liberties in our federal and state constitutions.

So often, when people like myself warn others about the dangers of socialism, they talk about economics: GDP growth, unemployment rates, debt, inflation. Or they speak about the tragic history of socialist governments, pointing out that things have become so bad in places like Venezuela that they started to eat zoo animals to survive.

What doesn’t get nearly enough attention is that even if socialism were to provide people with quality jobs and create the perfect little utopias people like Alexandria Ocasio-Cortez and Bernie Sanders say it would, socialism would still be extremely immoral.

And one of the most important reasons why is that in socialism, you can’t have religious freedom or freedom of conscience. Minorities are always subjected to the will of the ruling class.

So, for example, if in a democratic socialist society a majority of people decide that it wants abortion or contraception or free birth control pills or physician assisted suicide — then everyone must pay for those goods and services, even if it’s against their religious or moral beliefs.

Socialists often say they care about individual rights, religious rights, freedom of speech, and other liberties. They say they would do anything to protect personal freedom. But on this point, I’m going to be as clear as I can possibly be: they are lying to you.

To illustrate my point, let’s turn to the Constitution, which reads,

“Citizens … are guaranteed freedom of conscience, that is, the right to profess or not to profess any religion, and to conduct religious worship … Incitement of hostility or hatred on religious grounds is prohibited.”

If that language sounds a little foreign to you, it’s because it doesn’t come from our American Constitution. It comes from the Soviet Union’s Constitution.

But wait a minute. We know from history that the Soviets were some of the most heinous violators of human rights the world has ever known. How could they have had a constitution that seems to protect individual liberty and religious freedom?

As any good lawyer will tell you, “the devil is in the details.”

The Soviet Constitution did promise citizens all sorts of personal freedoms, but it came with a big caveat, one that must exist in every socialist society. In another section of the Soviet Constitution, it reads, “Enjoyment by citizens of their rights and freedoms must not be to the detriment of the interests of society or the state.”

The Soviets, like the democratic socialists of today, promised individual rights, but only if it didn’t get in the way of what was considered to be for the good “of society or the state.”

In socialism, whether it’s the socialism of Bernie Sanders or the socialism of the Soviet Union, you only matter in the sense that you belong to the collective. You exist to serve the wider community—not your church, not your family, and definitely not yourself.

You, as an individual, don’t matter and your religion doesn’t matter, because in socialism, collectivism is your religion, and government is your God.

I can’t think of anything more blasphemous than that.

Now, I’d love to think that people like me can run around the country giving speeches about socialism and the world will suddenly wake up and realize that we’re going down a very dangerous road. But if experience has taught me anything, it’s this: If we’re going to win the war against socialism, it’s going to be won by people like you, at dinner tables, in car rides, and on family vacations. It’s going to be won with passionate conversations around water coolers at work and with late-night discussions between parents and their children.

To beat socialism, we all need to join together in this fight. Each one of us needs to become an evangelist tirelessly preaching the gospel of liberty. If we do, I truly believe we can win this battle for the soul of America.

One day after the Constitution was signed by members of Congress, a Mrs. Powel of Philadelphia asked Benjamin Franklin, “Well, Doctor, what have we got: a republic or a monarchy?”

To which Franklin replied, “A republic—if you can keep it.”

And since that time, one generation after the next has chosen to keep our republic and to preserve individual liberty. Now, it’s our generation’s turn to decide. It’s up to us.

Will we keep our republic, by standing together in favor of religious liberty and other personal freedoms? Or, will we allow our nation to perish at the hands of socialists?

This will be this generation’s defining question. Let’s make sure America once again provides the right answer. Thank you, and God bless our Republic.

PHOTO: Justin Haskins at the Western Conservative Summit on July 12, 2019, in Denver, Colorado.

Stopping Socialism is a project of The Heartland Institute and The Henry Dearborn Center for Human Rights, a nonprofit association of professionals and scholars. 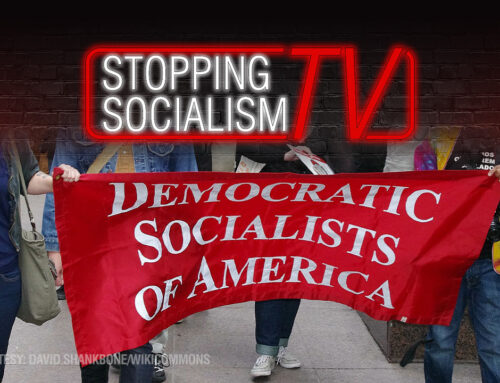 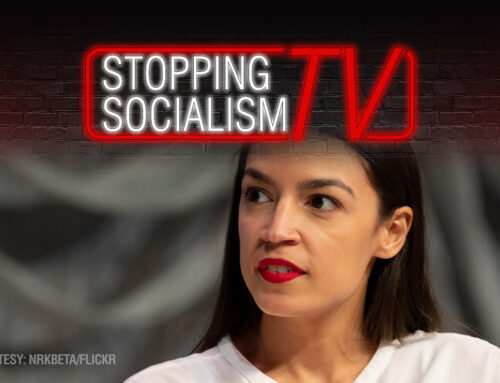 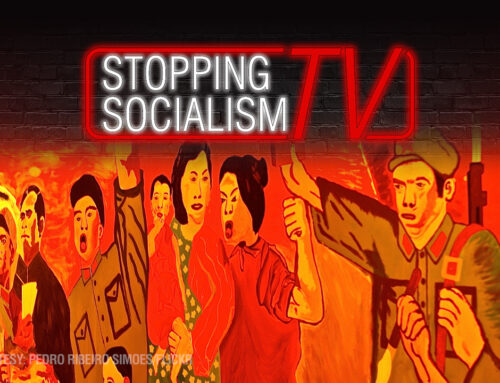 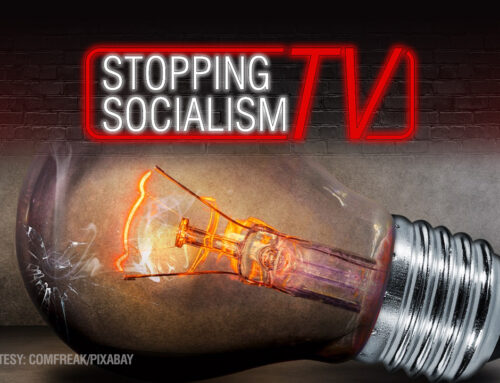